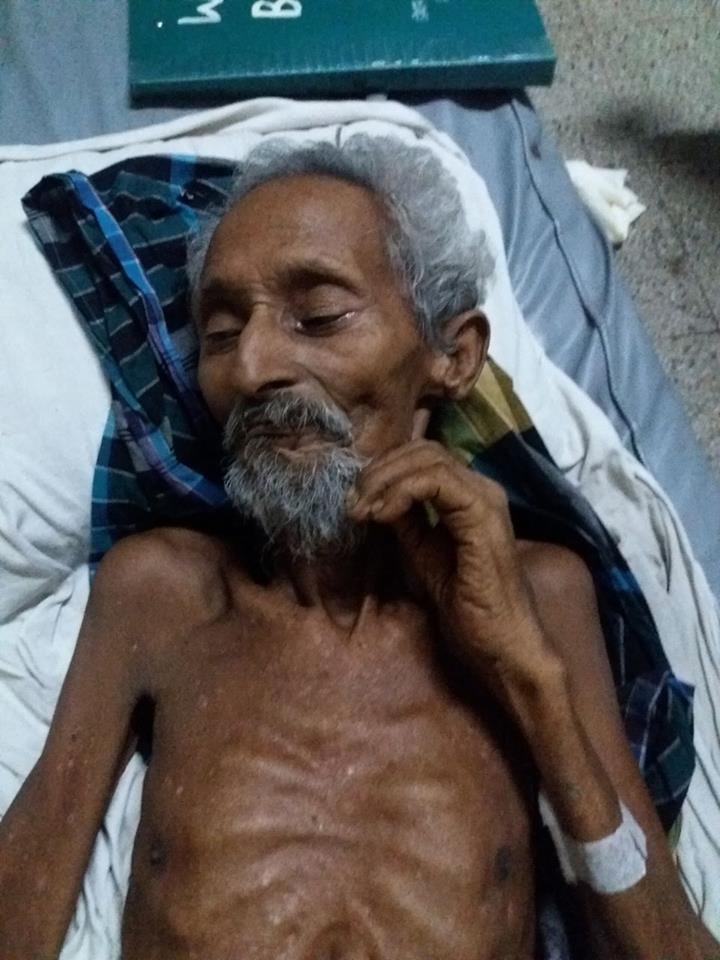 This unidentified patient’s body is so thin and bony that he even doesn’t have energy to open his yet. His lips has been dried out. Whenever he hears human voice open his eyes expecting that someone has brought food for him. Foods arrives but not for himself but for his nearby patient. As he doesn’t have relatives, foods also don’t arrive for him. And he has to starve . Sometime nearby patient’s relative gives him some food. Whenever he opens his eyes, he keeps looking at people lying at one corner of hospital’s balcony. He is around 70/75 years old. Last 31 July 2017 he was admitted to hospital at 27 ward bed no:16 with some health complications. Still his relatives are not found. Whenever he is asked about his whereabouts , he just says Tangail with broken words. Everybody is requested to pray for him.